As someone who works in the conservation industry and is passionate about South Africa’s wildlife and its well being, I thought I would reflect on the importance of being a responsible “tourist”.  We are all, from time to time, tourists in our own country, visiting new places and seeing what South Africa has to offer, and I like to think we are benefiting the country, its people and its wildlife in the process.

Although we will be blogging about eco-friendly and community run destinations in the future, for this blog I wanted to focus on the captive wildlife industry. While people, both local and foreign, love visiting wildlife “sanctuaries” to see our magnificent wildlife up close and often personally, do we really understand what industry we are supporting and the ripple effect we are having when we do this?

Many wildlife ranches operate under the guise of being a “sanctuary” and by ”supporting conservation”. However, the unfortunate reality is that many of these places are purely money making enterprises, taking advantage of our unique wildlife and unknowing visitors, and not contributing to conservation whatsoever.

The best example of this is the captive lion industry. This industry can be incredibly lucrative for wildlife ranches and game farms, as these facilities are able to generate revenue from any or all of the various steps in the process:

The way this cycle usually plays out is as follows:

There are also increasing incidents of captive big cats mauling tourists at these facilities. This year alone I have heard of at LEAST 5 incidents in South Africa. Is it their fault? Are we surprised? If your domestic cat still shows its hunting instincts by attacking your slippers, hand or a piece of string, then WHY are we surprised when their BIGGER and WILDER cousins do it?

The reality is that genuine sanctuaries, set up to give previously abused or injured wildlife a better quality of life, do not breed with these animals. Similarly, those breeding projects that are set up to try and save critically endangered species usually limit the amount of contact these animals have with humans. Especially if they are to have any chance of being successfully re-introduced into the wild.

Largely thanks to a campaign called Blood Lions, the captive lion industry in South Africa has lately been the topic of much conversation and I highly recommend that you watch this documentary (trailer below) for more information. This story can be similarly applied to various other species too, particularly elephants (ever been on an elephant ride? Same thing!) and other big cats.

What you can do? 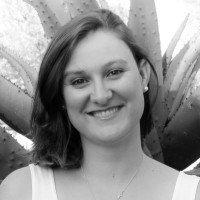 Romy
Environmental consultant passionate about conservation and wild places. I believe that with a little bit of effort we can reduce the footprint we leave on our beautiful planet, learn to live in harmony with the natural world and support local people and communities along the way.